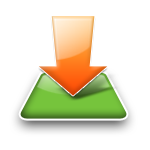 The game developers have released the COMPLETE game for FREE! Download the game here.

Plunge into and save the unstable mind of John, a man wracked by personal demons!

Can you bring salvation to a single man? Play as the angel Michael to enter the pysche of John, a man who had given up all hope, and now faces the demons within. A first person shooter like no other, Eternal War uses tried and true FPS gameplay in a non-traditional way. The Christian theme runs throughout and offers a unique gameplay experience as you smite the demons with your holy powers. You can even team up with a friend and fight back the hordes of demons together!